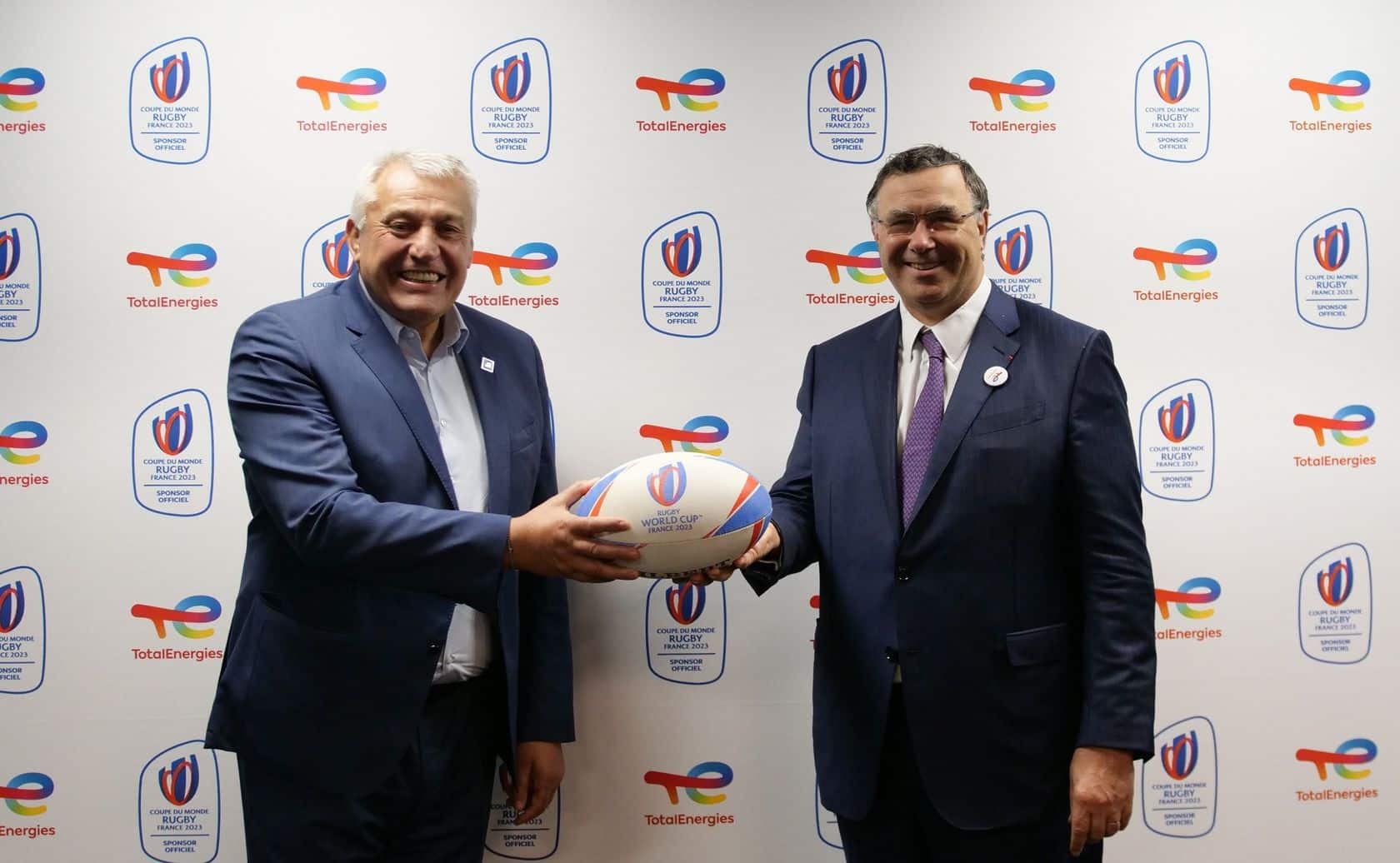 By partnering with France 2023, TotalEnergies will support the tournament’s mission of making Rugby World Cup France 2023 a moment of sharing and celebration across all regions in France. It will provide an opportunity for the company to present its broad energy profile to a wider audience and, through this ambition, strengthen ties with its stakeholders.

Rugby World Cup France 2023 and TotalEnergies are both committed to sustainability as an integral part of their strategy, projects and operations. Putting this into action, both parties will work together to create an environmentally responsible event, notably through the deployment of a decarbonised mobility plan and the supply of green energy.

For this reason, the TotalEnergies company is pleased to join the France 2023 sponsor family.

Commenting on the announcement, Claude Atcher, CEO of France 2023, declared: “TotalEnergies wants to shift lines and play its full role in meeting the climate challenge. We want to move forward together towards the new energies that need to be at the center of Rugby World Cup France 2023, and participate in its positive impact for society. I am delighted to have TotalEnergies, with its know-how and its expertise, among our Official Sponsors. TotalEnergies is a long-standing supporter of French rugby. We feel certain that its dense nationwide coverage will significantly contribute to our event’s success.”

Patrick Pouyanné, Chairman & CEO of TotalEnergies added: “It is an honour and a pleasure for TotalEnergies to be an Official Sponsor of Rugby World Cup France 2023. Integrity, passion, solidarity, discipline and respect are key features of this sport, and they match our company’s values. More importantly, rugby is organised first and foremost around a team, just like TotalEnergies: a collective of women and men committed to the energy transition. France is our home, especially southwestern France, a land of rugby that is an integral part of our history and DNA. We want to celebrate our ties and close relationship with our stakeholders and customers across the country I am delighted that TotalEnergies’ teams will be putting their energy into making this great sports event a festive and popular French success worldwide!”

Rugby World Cup 2023 will take place in France from 8 September – 28 October with matches played in nine venues across 10 host cities. The tournament will be the 10th men’s Rugby World Cup and the second to be hosted by France after a memorable event in 2007.

RWC 2023 will take place in a year when the sport celebrates 200 years since Rugby School pupil William Webb Ellis was credited with inventing the game of rugby football by showing “a fine disregard for the rules” in catching the ball and running with it in 1823.

RWC 2023 will set new standards in social responsibility, inclusion and sustainability for a major rugby event, targeting four key pillars for the tournament’s legacy: acting for sustainability and circular economy, supporting education, training and employment, respecting and protecting the environment and promoting inclusivity by being a champion for gender equality.

The showpiece event in men’s rugby union 15s, Rugby World Cup 2023 will feature 20 teams – 12 of whom qualified directly by finishing in the top three in their pool at Japan 2019 and eight from a global qualification process – with 48 matches played across 51 days.

Find out more at: https://www.rugbyworldcup.com/2023