Check out the latest news from the Bay Hawks 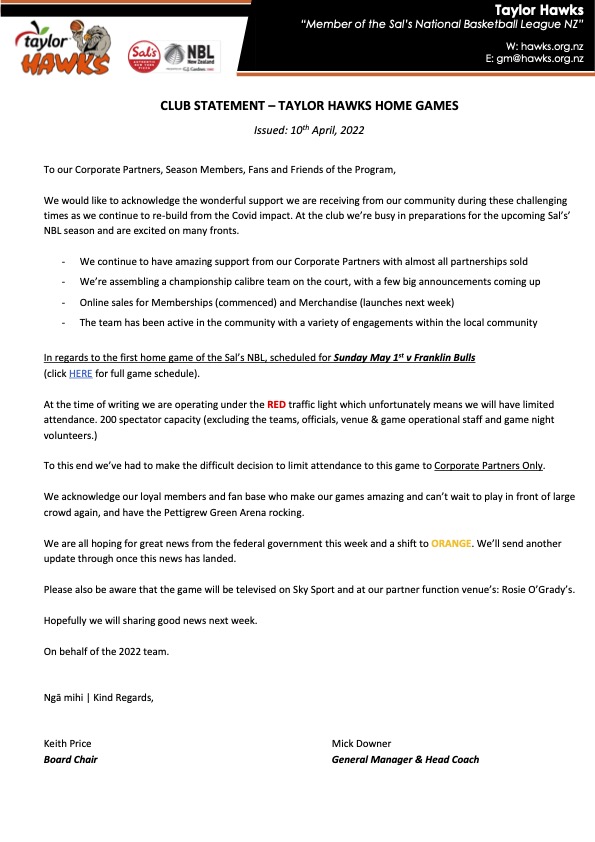 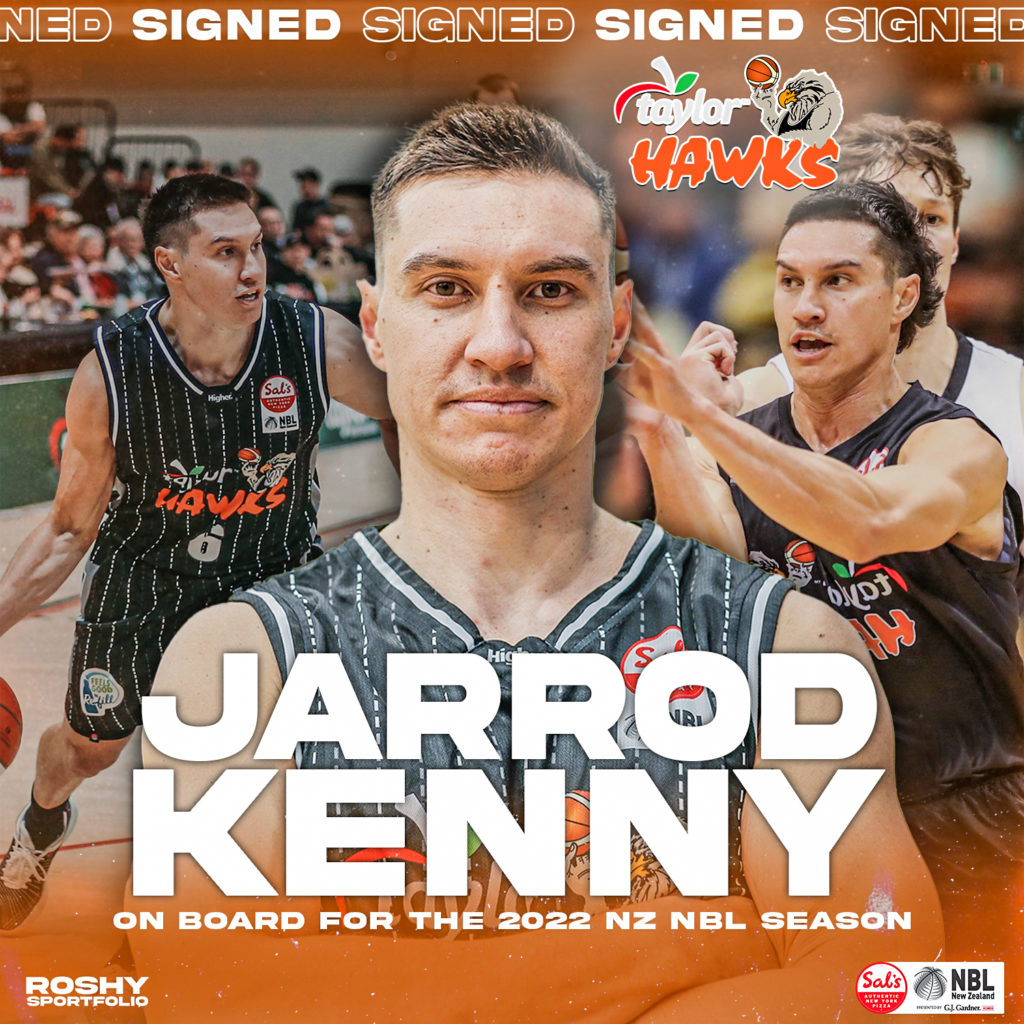 JK as he is affectionately known throughout the basketball whānau will return for his 12th season in a Taylor Hawks jersey. An inspirational leader, dual championship winner in the Australian NBL (with the Perth Wildcats), and 2020 Sal’s NBL Showdown Champion will bring his winning mentality, experience, and leadership back to the court and locker room for this season’s championship campaign.

Kenny has played the game all over the world, proudly wearing the black for the national side on some of the sport’s biggest stages. After making his Tall Blacks debut in 2009 JK has gone on to represent the black jersey for over a decade, but for all those memories, individual accolades and wins there is one trophy that he is desperate to help bring to the Bay.

“I’m excited to be part of the Hawks team for the 2022 season. I’m looking forward to getting back to Hawke’s Bay when the time comes and working towards a championship. The team that has been assembled and the number of young local talent that is involved is exciting to see.”

JK is currently playing for the Cairns Taipans in the Australian NBL and will join his Hawks team mates a couple weeks into the season once his duties are fulfilled in Aussie. 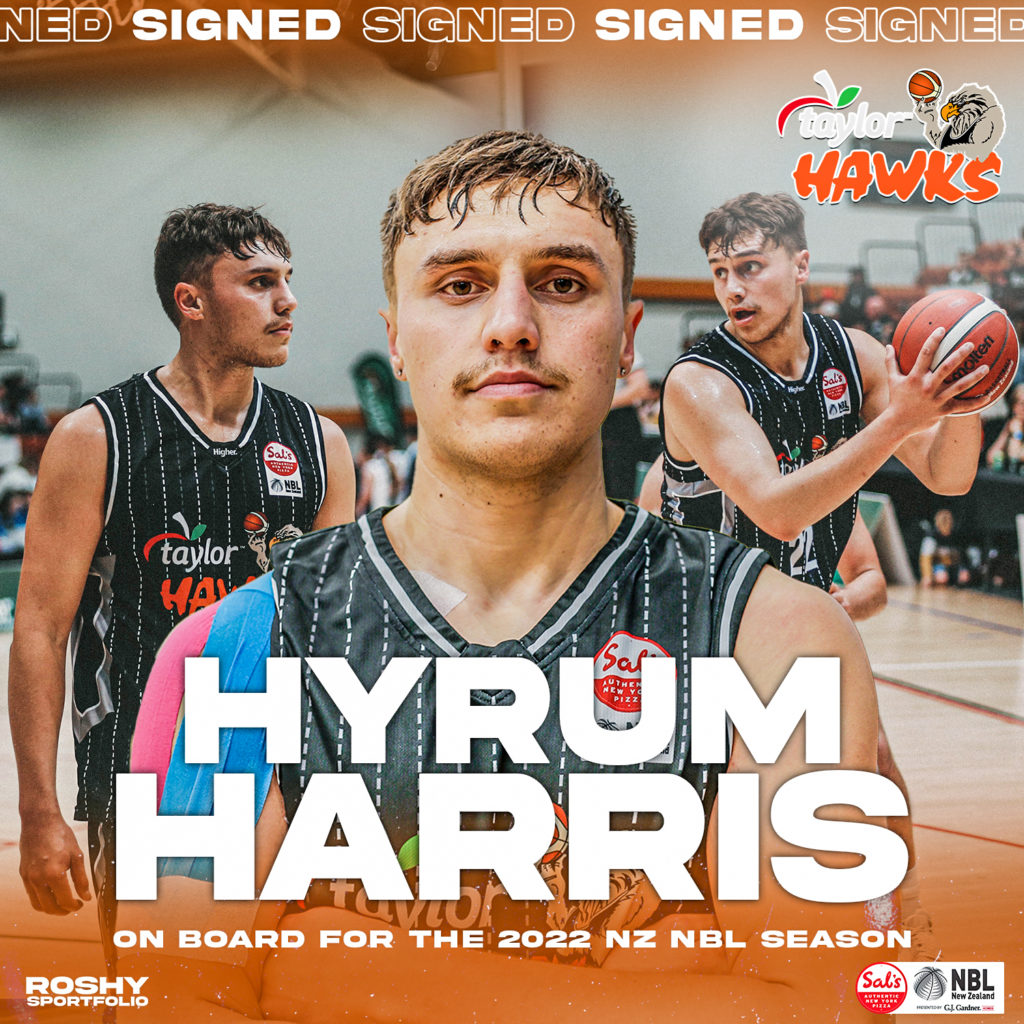 Harris returns and is hungry for Hawks Success

A rising star on the NZ basketball landscape Harris has already had a big year and is fuelled for more success both individually and for the Taylor Hawks. Currently plying his trade for the Adelaide 36ers in the Australian NBL and off a recent stint with the Tall Blacks at the FIBA World Cup Qualifiers, his career trajectory is on the up and up.

A key member of the 2021 Hawks team that was oh so close to a championship, it was an easy decision for Harris to return to the club in what will be his 3rd season with the team and his 8th in the Sal’s NBL. He’s closely connected with so many of the players from last season that shared that journey, is excited about having a full time professional coach with Downer’s experience and he and his partner Takiri just love it here in the Bay.

“I just can’t wait to get back to the Bay and play with the boys again. I love the team we are putting together, we will be versatile and deep. We have the tools to win it and I look forward to doing whatever I can to help the team be successful. It’s the best place for me to be as I continue my basketball journey and grow as a player.”

Harris will join his team mates after fulfilling his commitments with the Adelaide 36ers. 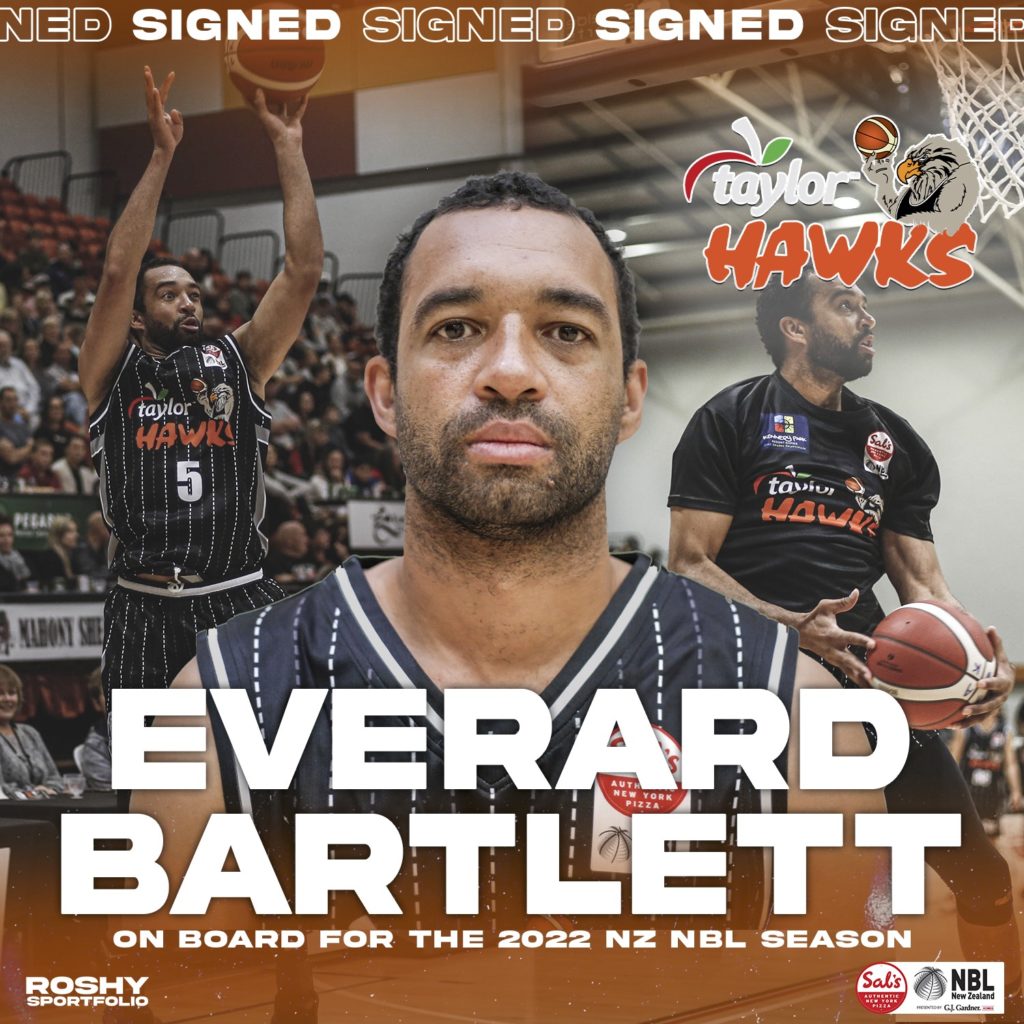 Local legend lacing them up again

Season seventeen as a professional athlete, a decade long career with the national team, a member of the Hawks 2006 championship team, are a just a few achievements in a long, long list of the Taylor Hawks legend Everard Bartlett.

The ultimate team mate, competitor, a kaiārahi to the younger players, and don’t forget a lights out shooter. The cagey veteran will return to the hardwood in 2022 desperate to help the team returning to championship glory after a nail biting 2021 campaign that was oh so close. It’s fair to say the miles covered as a professional player far outweigh the miles remaining but there is definitely fuel in the tank and a burning desire to help lead Bay Hawks to success this season. Everard shares his thoughts on the why’s and how’s he can continue to help the Taylor Hawks as he enters into his fourteenth season with the club.

“It’s simple, I want to be a part of bringing a championship back to the Bay and seeing it hang alongside the 2006 one. At my age and with this team, being able to play a role that can help us be successful is a big motivation. I couldn’t do this without the support of my coaches and team mates but most importantly my whānau. My wife is our families rock and her support is the biggest reason I can continue to do what I love, without her this isn’t possible.” 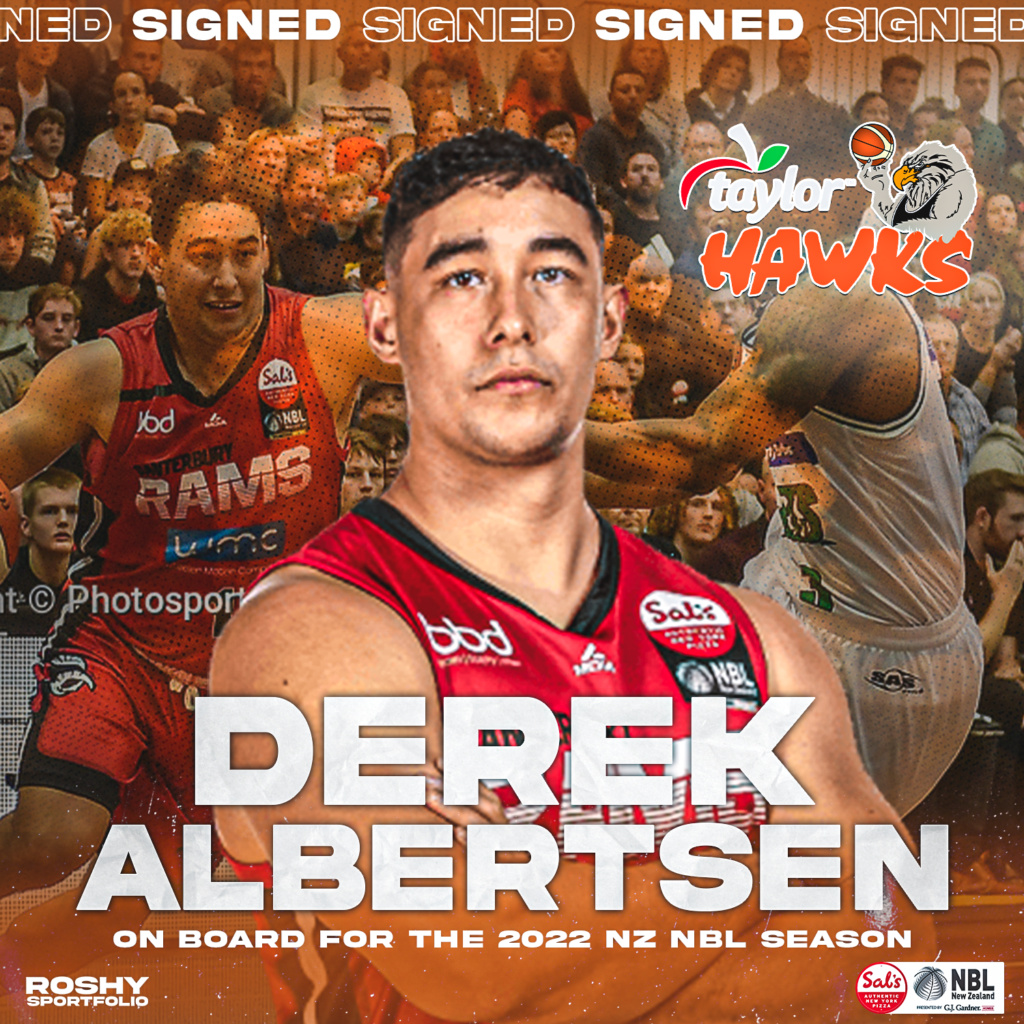 Albertsen ready to soar with Hawks

Versatile guard Derek Albertsen will bring his talents and leadership to the Taylor Hawks in 2022 and will re-unite with coach, and several team mates after playing last year for the Rams. “DA” as he is known throughout the NBL, is a popular, hard-working, sharp shooting guard who will add depth to the Hawks back court this season.

The 27 year old dipped his toes in the water a decade ago as a teenager training with the Airs, then Nuggets before playing a few seasons back in home town Taranaki. DA then relocated to Christchurch to concentrate on a flourishing personal training career, while continuing to play in the strong Canterbury club scene. Strong performances in the 3×3 format also sees him highly ranked on the national stage. A return to the NBL was halted due to Covid in 2020 but Albertsen returned in 2021 for the Rams and played a key role off the bench, with great impact leading the reserve squad. It this leadership, mixed with a hard-work, talent and a great understanding of the game which was a big part of the recruitment process for the Hawks coach.

“Derek is one of those guys that you’re just happy to go in to battle with. He brings an infectious energy, is a great motivator and leader for all players, and in the community with our rangatahi. He has a great understanding of the game and plays like a coach on the floor.”

Albersten shares his passion for wanting to come to Bay by stating, “I’m super excited for this opportunity to come to this successful franchise and have my input in the team. To be playing alongside old team mates and friends while also playing for Mick again, let’s get to work.”

Keep up with more of the latest Bay Hawks news here: https://hawks.org.nz/.