What kind of engine oil is right for your car?

Oil is the lifeblood of your car’s engine. Without it, your car would cease functioning within minutes and your engine would likely sustain critical damage. Today’s engine specifications are becoming increasingly strict, so choosing the right oil for your engine is now more important than ever.

Which engine oil should I use?

Several factors determine which engine oil you should use. Key among them are the type of fuel your engine uses (petrol or diesel), and the conditions that you normally drive in, such as stop-and-go traffic, or extremely hot or cold temperatures.

All manufacturers recommend the type of oil that is best suited for their cars. Usually, this information is clearly stated under the hood on the oil cap. If you can’t find it there, it will be listed in the owner’s manual. Some manufacturers may recommend different types of oil depending on the weather conditions in which you will be operating your vehicle. Deviating from the manufacturer’s specifications is not recommended.

Car manufacturers also grant approvals to specific engine oils when they meet the exact requirements of particular car models. In such cases, the oil is labelled with a specific code on the back sticker. You can see these OEMA codes on the TOTAL QUARTZ bottle below: 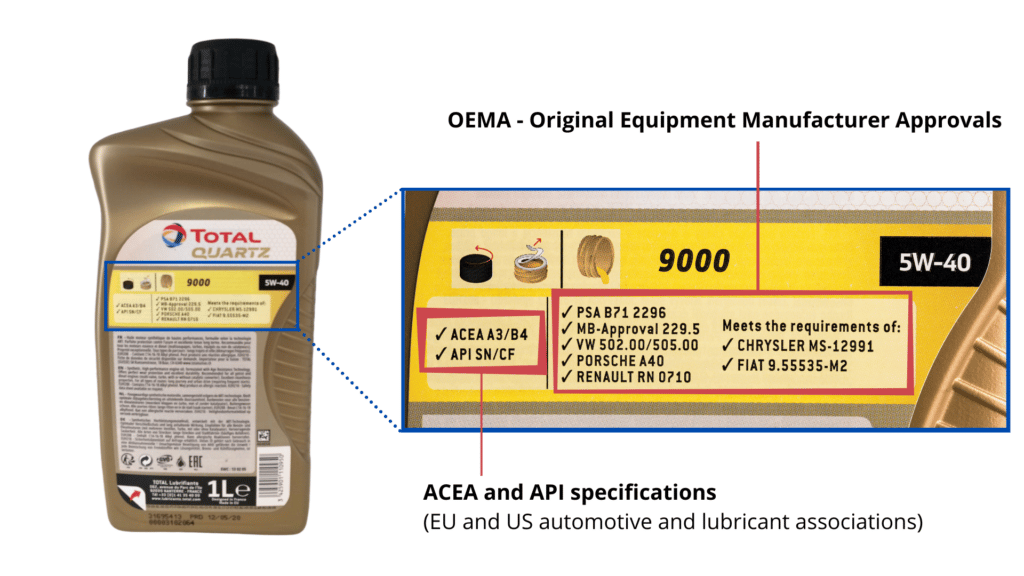 What can happen if you use the wrong engine oil? 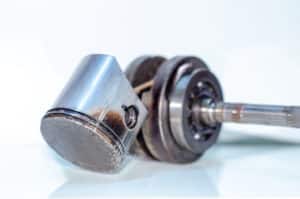 Automobile engines are precision machines, so the manufacturer’s engine oil specifications should be seen as requirements, not recommendations.

Using the wrong engine oil could:

Your engine was designed to run on oil of a specific viscosity rating. If you don’t put this type of oil in your engine, your car won’t get the gas mileage, emissions, and horsepower promised by the manufacturer. Using the wrong engine oil also absolves the manufacturer of repairing or replacing any damaged parts if your car is still under warranty.

Using the wrong oil will put extra stress on your engine’s internal components. Oil that is too thick may not flow enough to fill some of the tighter spaces between engine parts. Oil that is too thin may fail to adequately coat all parts. Either outcome involves metal-on-metal contact which will wear components down prematurely. If left unattended, it could lead to severe and costly engine damage.

It is important to know the intended application of the engine oil you are buying, and whether or not it meets current industry standards. There are two universally accepted specifications to look for on a bottle of motor oil: API (American Petroleum Institute) and ACEA (Association des Constructeurs Européens d’Automobiles).

The API classification consists of two main categories. There is S, which stands for “service” and encompasses cars, vans, and light trucks with petrol engines. There is also C, which stands for “commercial” and encompasses heavy-duty vehicles that run on diesel fuel. The oil may say “API SN Plus.” This indicates the oil’s capacity for protection against low speed pre-ignition (a kind of super-knock). The oil’s capacity for better fuel economy will be indicated by the phrase “Resource Conserving”.

The ACEA is the European equivalent of the API, and indicates an engine oil’s performance with three categories: A for petrol, B for diesel, and C for catalyst compatible or low SAPS (sulphated ash, phosphorus and sulphur).

For more information on which engine specifications apply to your car, consult your owner’s manual.

Engine oil is given a viscosity grade which indicates its flow rate – think of viscosity kind of like “thickness.” This is an important quality in engine oil, because in order to perform properly, it must be able to flow around engine parts and coat them at different temperature extremes. Because of this, most modern engines require multi-grade oils.

The Society of Automotive Engineers has developed the industry standard for grading oil viscosity. The grading format consists of a number followed by the letter “w” (which stands for “winter”) followed by another number (e.g. 5w30 or 10w40). The number preceding the letter “w” denotes how easily the oil will flow at 0ºC, while the number after the ‘w’ denotes the oil’s ability to resist flow around 100ºC (the engine’s running temperature). The higher the number, the greater the viscosity. 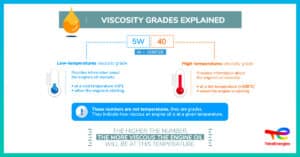 This grading system tells you how easily the oil can flow at cold temperatures and how resistant it is to flow at hot temperatures. This is important, because when conditions are cold, the oil needs to be thin enough to flow to all the necessary engine components upon ignition. As the engine runs and the oil heats up, its viscosity decreases, but it must remain viscous enough to coat and lubricate the engine’s components.

To find out which viscosity grade is right for your car’s engine, consult your owner’s manual. 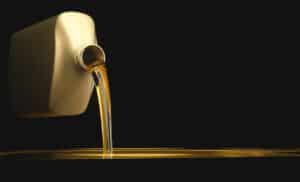 There are four types of oil:

Each has its own advantages and disadvantages. Some engines may have only one option. You shouldn’t decide yourself which of these is right for your engine. Always consult your owner’s manual to find out which is best for your automobile, and respect the car manufacturer specifications.

Both petrol and diesel engines need engine oil to function properly. But their internal mechanics are fundamentally different, meaning that their lubrication needs differ.

It is best practice to use engine oil according to its intended purpose. Always follow your manufacturer’s specifications and the recommendations in your owner’s manual when choosing diesel or petrol oil. 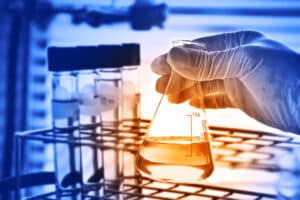 Additives are chemical compounds that enhance the oil’s performance or inhibit its less desirable properties. They all have specific roles and different chemical structures. Some additives act directly on the surface of materials (anti-wear, extreme pressure, friction modifiers and anti-corrosion). The formulator must ensure that these additives are compatible with one another so that they do not cause any unwanted interactions in the lubricants. Here are some of the most commonly used additives:

Antioxidant additives are used to increase the durability of lubricants, especially when temperatures are high. They therefore limit the degradation and acidification of the engine oil.

“These additives act like lemon juice on a cut apple left in the open air, slowing down the harmful effects of oxygen.”

Viscosity index improvers help the engine oil maintain an optimum viscosity regardless of temperature change. They are a very important component in multi-grade oils.

“The polymers used in viscosity index improvers are often compared to balls of wool. At low temperature, they can stay tightly together: their thickening capacity is low and their presence has little impact on the viscosity of the base oil. As the temperature increases, they loosen and spread out in the oil. They take up more space and thicken the base oil in which they are contained, and the viscosity therefore increases.”

These are used in very small quantities. They act on the surface of metal and protect your engine’s internal components from the effects of moisture and acids.

“They act like polish which protects shoes from external damage.”

Used in very small quantities, these significantly slow down the formation of foam on the surface of the oil. Oil foam can cause the tank to overflow or exceed the maximum permitted oil level in the sump. Frothy oil also loses its lubricating properties. This anti-foam additive thus prevents parts of the mechanism being damaged.

“The oil is moved around due to the movement of parts and the speed of rotation. This phenomenon is identical to that observed with beer when it is shaken.”

As a result of combustion, engine parts come in contact with soot and other residues, which may result in clogging. Detergents clean the parts and prevent soot deposits caused by fuel combustion.

They play the same role for the mechanism as washing powder for laundry, removing dirt.

Dispersants play a role that is complementary to that of detergents. They act as agents against deposits, which, as in laundry, suspend the dirt removed by washing powder.

Anti-wear additives protect the parts of mechanisms when they are subjected to high loads, by reducing direct contact and the risk of wear.

Used in very small quantities, these are made up of specific molecules which are deposited on surfaces in contact, and lower the surfaces’ coefficient of friction. They are increasingly used in oils for which a low viscosity is required in order to reduce the fuel consumption of vehicles (FE or Fuel Economy lubricants). These additives therefore differentiate these oils.

“They act like polish on a wooden floor, which makes fabric slide easily.”